Just added the only item to the Conservative Entertainment section: SalemNOW

This is big as liberal media is now more active in silencing and punishing conservatives and conservative media.
U.S. Mexico Border Wall Progress

At least 446 miles of the border completed!

39 questions in the FAQ so far.  Most notable is question 36 dealing with children separated at the border during Trump's Zero Tolerance.

409 miles of the border completed so far!

The page is still being actively updated.  Several more questions have been added with a focus on keeping the content easy to navigate and organized.

25 questions in the FAQ so far.  Every section has been expanded.
Opera Stable: extensions

"If it is possible, as much as depends on you, live peaceably with all men."
Romans 12:18
10 most recently updated articles.

Senators and Representatives that voted to challenge the election results
6 days ago.
Percentage of home schoolers growing in US
14 days ago.
AIDS prevalence among homosexuals in the US
30 days ago.
Hot cases to watch part 3
94 days ago.
Iowa wind energy usage in 2012
175 days ago.
copyright 2005–2021 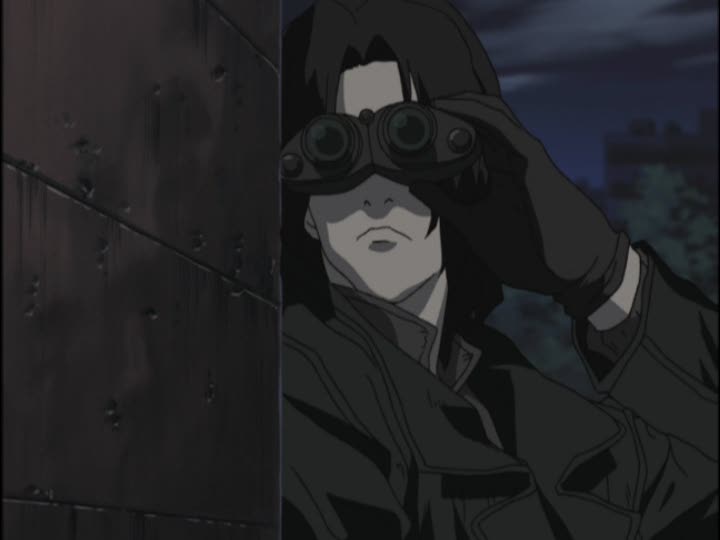 1/23/21 1:18pm Saturday
I can't help but notice that current stats on the border wall have dried up after Biden took office.

Looking forward to reading this as the Democrats are now hard at work revising history.

1/17/21 6:36pm Sunday
There has been a seismic upheaval in the digital world with President Trump being banned from Twitter and then Amazon, Apple, and Google joining forces to take down competitor Parler just on the rumor that Trump might join it.

All over the world countries are uneasy that they may be taken down or have their elections interfered with just on the decision that their political statement is deemed evil or wrong by the CEO of Google, Twitter and/or Amazon.  They fear they may even be deplatformed.

Parler appears to be joining the free speech hosting service Epik, but what if the new digital overlords and the Democratic party join forces to take down the alternative servers?  That is the plan and goal, but so far that has not happened, but things are moving lightning fast right now.

The problem is that big tech owns all the newspapers, news, Hollywood, entertainment, comedians, congress, president, schools, colleges, and probably more that I am forgetting. 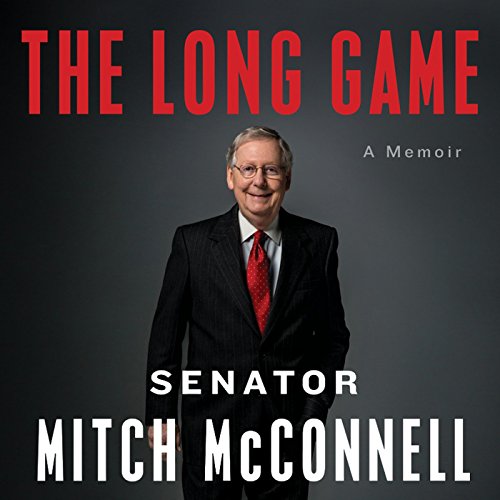 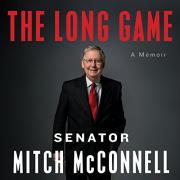 Summary: Senate Majority Leader Mitch McConnell narrates and summarizes his life and mostly his political career discussing what he has learned and gives us an insider look at the inner workings of life in the U.S. Senate.

Starting with his childhood and family life, Mitch McConnell details how he became interested at an early age to get into politics both at school and college as student president and how it has been his lifelong goal to become the Senate Majority leader.  The book chronicles his career all the way up to 2016 shortly before the 2016 presidency and talks about Trump not at all.  I wish I could hear his thoughts on Trump.  The new paperback version has a new afterward and a forward by president Trump.

The author is a great narrator and I liked his sense of humor.

Some of his biggest lessons that he has learned include the value of hard work and starting as early as possible on your campaign.  After you win you need to work hard to keep your promises.  Be ready to make decisions on the fly because you are elected to not only keep promises, but to make sound judgements.  Keep a clear head and don't let emotion cloud your judgement, because there is a lot of chaos and nonsense in the Senate let alone the House.  Patience and perseverance are also vital because it took nearly 30 years for Mitch McConnell to become the Senate majority leader.  Even when you lose you can sow the seeds for a later victory.  This last point is the one I don't fully agree with although he is very persuasive.

There were many other lessons learned as you read through the book.  Unfortunately, I get the impression that he is not a Christian even though he holds many conservative and Christian values. EDIT (5/12/20): Thankfully, I appear to be wrong. ref

Surprisingly, my already bad opinion of Obama became worse with this book.  Apparently, Obama does not like to listen or compromise and is very egotistical.  Joe Biden is, surprisingly, the opposite and my opinion of Biden actually went up after reading this book.

Conclusion: I give this book high marks although I have yet to have a political book score above 8/10.  I was pleasantly surprised with Mitch McConnell's speaking ability although in retrospect I suppose I shouldn't have been considering his occupation.

If you want the more complete version you will need to buy the book.